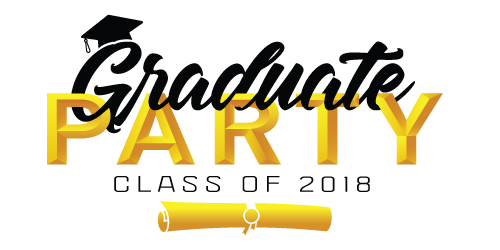 Blondin INTEGRAL RDC – Sympatico x Shottle – It’s never easy to be the other brother of a #1 daughter proven LPI sire but Blondin Integral and Comestar Lineman both show it can be done with success. By the time Integral started his AI career, his brother Doorman was already siring All-Canadians and was a year away from capturing the LPI crown. Integral’s proven debut at #13 position for LPI is a little less illustrious perhaps, however his claim of exceeding Doorman for both LPI and Pro$ is not too shabby. With double digit ratings for both Udders and Feet & Legs, Integral stamps a nice Type pattern in his leggy, stretchy and stylish offspring. While he is a moderate milk bull, he sires extreme fat deviations and does a very nice job of lowering Somatic Cell Score. Integral is a Red carrier and a Calving Ease sire.

RH SUPERMAN – Supersire x Man O Man – Tracing through four generations of breeding back to Windy-Knoll-View Promise, it is amazing how a great Type family can also become a great production family. Superman combining nearly 200 kg of Fat and protein with over 2000 kg of Milk is an elite production sire. Type numbers are moderate, but he does especially well on key udder traits and for moderate-sized cows his +12 rating for Chest Width really does make one think of Superman! These are strong cows that hold their body condition despite these extraordinary production numbers. If you have a production emergency, call on Superman to save the day.

Lindenright MEGAWATT hcd – Enforcer x Bradnick – A few years ago the market accepted with some excitement the bull Lindenright Megawatt. He was easily our most popular Genomax sire for several proof rounds due to his interesting pedigree and balanced genetic profile. The discovery of the Cholesterol Deficiency Haplotype and that Megawatt was a carrier ultimately lead to a break in his marketing, however, his early milking daughters prove the genomic predictions are for real. Megawatt sires moderate production numbers combined with an excellent Type profile, especially for Feet & Legs. He also sires a nice Health trait profile with strong Herd Life and Daughter Fertility ratings. Megawatt is a Calving Ease sire. As balanced as ever, this is an easy bull to include in your breeding program on pedigrees Optimate confirms to have low probability of HCD presence.

Gen-I-Beq ATTICO-Red – Sympatico x Baxter It’s always nice to have a well-balanced Proven Red sire in our lineup and Attico-Red fits that bill. Although he just barely misses having 20 daughters past 120 days in Milk to achieve a Canadian-only production evaluation, his 225-daughter MACE evaluation is made up in equal parts of Canadian and US daughters providing a 91% Production reliability rating. Attico-Red delivers a nice shot of milk for red enthusiasts, with over 1000 kg Milk and strong fat and protein deviations. His double-digit Type rating is built on a balanced profile, matching well on many red bloodlines, lengthening teats and lowering pins. Attico, like his sire, scores well for Calving Ability.

Walnutlawn SOLOMON – Doorman x Lavanguard – The popular Genomax bull Walnutlawn Solomon made his way to the proven sire side of the sheet solely holding the number one Conformation spot with the unfortunate news coming since of his passing. Amazingly, Solomon is currently running at 95% Good Plus & Better on daughter classification with 28% of his 2-yr-old daughters achieving a VG score. By the time this information reaches mailboxes, it is expected that the small inventory of semen we have will be depleted. Fortunately, many producers in western Canada have Solomon calves in their pens as he had been a heavily used sire for several years.

Claynook TONKA – Doorman x Windbrook x Goldwyn One might fixate only on the dream sire stack but Tonka hails from an exceptionally well-bred maternal pedigree too with true cow family credentials: 7 VG or EX dams that combine for a total of 42*. Tonka delivers solid Milk and a very enticing Type break down with +13 for Type +11 for Mammary +14 for Dairy Strength and +7 for Rump. He sires a pleasing SCS score of 2.79 combined with 105 for Milking Temperament and an-against-the-odds 99 for Milking Speed. Look to Tonka to make angular cows with very well attached udders while strengthening loins and widening pins. Many producers used Solomon rather than Tonka on expected concerns for Milking Speed from a Doorman x Windbrook mating. Now that this fear has been removed and with Solomon’s demise, it is expected that Tonka will get his chances.